What you can learn from Wells Fargo: There will not be a time machine when you need one 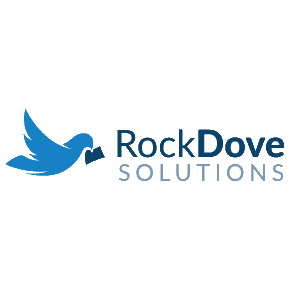 When the hint of scandal first emerges, executives often become myopic, viewing it as a likely public-relations blip that will not alter operations or competitive position.

In the midst of a crisis, executives wish for the same thing, a time machine to take them back to before the scandal. They want a way to keep their name out of the headlines, to avoid being the next hashtag or late-night talk show punchline.

Crises involving financial institutions can gain and hold onto headlines, like few others. When bubbles burst, markets crash and cornerstone institutions falter, the result is that reputations built over decades are destroyed overnight under public scrutiny and heat from politicians, pundits and regulators. Case in point…

Since 2016, malpractice after malpractice has emerged within the organization. Issues have included revelations that the bank was improperly repossessing cars of military members, additional fake accounts emerged in March of 2017, lawsuits brought by black and Latino borrowers in California in 2018 and, very recently, Wells Fargo agreed to pay $96 million to resolve a pair of class-action legal claims that allege wage-and-hour violations in California.

Since 2016, the bank has paid more than $4 billion fines and in the third quarter of 2020, Wells Fargo & Co's WFC.N profit plunged 57% as persistent costs tied to its four-years of scandal continued to plague the bank. (Reuters)

Five years of Wells Fargo headlines trace back to both its business practices and its crisis management playbook. There are important lessons that can be learned from the bank’s experiences.

A Proactive Sprint, not a Reactive Marathon

Managing crises in the print media era was a marathon. The default crisis communications strategy was to mobilize all available resources, apologize, take quick action to address actions of those responsible and outline what you were going to do to ensure it would never happen again.

In Wells Fargo’s case, the bank took out a full-page ad in newspapers, taking responsibility for the controversy, with former CEO, John Stumpf, expressing he would be willing to accept “some personal blame,” for the problems. Approximately 5300 employees were fired citing the fraudulent sales.

The problem with this approach was that it was based on the pre-digital marathon strategy. The digital era requires a proactive sprint. The Wells Fargo response lacked urgency, transparency and accountability and it followed this playbook for crisis after crisis in the years that followed.

With connected and influential public and private forums for disseminating information and disinformation, a bottomless supply of outrage on all sides, issues are more likely to grow into full-blown crisis on social platforms, spread to electronic news outlets and make their way into mainstream media before you have even seen the hashtag.

The speed-of-crisis has created a need for corporate communications teams to maintain a state of constant awareness and preparedness. It is no longer about hoping a crisis will not hit your organization, it is about actively planning for their most likely threat scenarios. Teams are monitoring issues, building pre-crafted crisis protocols and drafting agile-holding statements ready on stand-by.

How does one plan for every crisis when they may arise in many forms: a cyber-attack, the sudden death, incapacity or indiscretion of the CEO, whistle-blower allegations, regulatory evasion and many others?

The foundation of an agile approach to mitigating future crises is understanding of the difference between an ‘issue’ and a ‘crisis.’

By building your plans to anticipate the broader issues, when the worst happens you are able to cover more ground and create crisp, clear and unambiguous protocols, guidelines and resources — all adaptable, readable and usable quickly.

As Dwight Eisenhower said, “plans are useless – but planning is indispensable.” He knew that developing plans of attack would give him the resilience to respond to anything in battle.

A scandal distracts management, can lead to painful regulatory scrutiny and destroy decades of trust and brand reputation. If you do the work of identifying and developing protocols for the spectrum of issues your institution might face, you will be less likely to be wishing for a time machine to take you back to easier days.

Subscribe to Banking Dive to get the must-read news & insights in your inbox.

Get Banking Dive in your inbox