Pay scale adjustments typically come at the end of the fiscal year, though. Meanwhile, Citi, Santander and the Minneapolis Fed solidified their office-return or vaccination policies.

"We evaluate salaries in regular course every single year," Solomon said, according to Business Insider, "and when appropriate, we make sure our salaries are competitive. We continue to thrive by having the best people here, and paying them appropriately, especially when they perform — and we're performing."

“We should not participate in this game of moving salaries up and down every few months,” one source involved in the discussions told the Financial Times. “If you behave like that, you simply end up with mercenaries.”

Investment banking co-heads James Esposito and Dan Dees have told employees they are keeping tabs on rivals’ salary increases and have promised that younger staff would be generously rewarded to reflect the bank’s earnings, the publication reported. But it’s unclear whether those rewards would come in the form of a more permanent base salary boost or more fleeting and variable bonuses.

One source said the bank is “still thinking through the split of the base and bonus.”

Either way, Goldman lags the Wall Street average, according to Wall Street Oasis, which indicates Goldman’s first-year analysts make just less than $86,000 in base plus a $37,500 bonus, compared with $91,400 and $39,700, respectively, among Wall Street banks writ large.

“Goldman does not want to hire people for whom the most important thing is how many days they have to spend in the office,” a senior manager told the Financial Times. “The others can have them.”

In the days after a group of 13 junior analysts at Goldman Sachs presented to their managers a self-survey detailing "inhumane" 100-hour workweeks, deteriorating physical and mental health and a souring outlook for the future, CEO David Solomon sent a voice memo assuring employees that the bank would enforce its "Saturday rule" to ensure they have at least one day off each week.

He commended the analysts for bringing their concerns up the chain. "We want a workplace where people can share concerns freely," he said, adding that colleagues, managers and the bank’s divisional leaders have seen how connected employees have been throughout the remote-work period. "We’re here to provide support and guidance. This is not easy, and we’re working hard to make it better."

The bank also said it would accelerate its effort to hire more junior bankers and to reassign some bankers to busier units.

What it didn’t promise was a raise.

Goldman Sachs has not adjusted base pay for junior bankers since the March revelation, nor has it offered extra retention bonuses, Business Insider reported Wednesday, citing several anonymous junior bankers who are current Goldman employees or recent departures.

"I honestly think it's because they can get away with it because they think they're Goldman," said one analyst who recently left the bank. "As long as they can attract these Harvard and UPenn kids at $85,000 a year, because it's Goldman, they're just going to keep doing it."

Alan Johnson, a compensation consultant and managing director of Johnson Associates, told the publication banks tend to adjust salaries at the end of their fiscal year — which, for Goldman, is July 31. Banks tend to reevaluate their compensation scales every two years — and the last such tweak came in 2019, when many investment banks brought first-year base pay up to $85,000. So, if the two-year pattern holds, this would be an adjustment year anyway.

But at least three of Goldman’s competitors over the past two weeks have committed to boosting pay for junior bankers. JPMorgan said last week it would raise junior bankers’ base pay to $100,000 a year — a move that was quickly followed by Barclays and Citi. The latter said it would increase base salaries for vice presidents, analysts and associates by $15,000 to $25,000, effective July 1.

Bank of America said in April it would boost the base pay of their own junior bankers by $10,000 a year, while increases for associates and vice presidents would be closer to $25,000. Wells Fargo opted to bump compensation through bonuses rather than base pay — $10,000 spread out over six months for analysts, and $20,000 for associates.

One recent Goldman analyst told Business Insider the bank’s continued inaction "felt like a punch in the gut" as more competitors ratchet up their offerings.

Johnson asserted Goldman is "playing chess" — perhaps banking that, for a new crop of analysts, the prestige of the Goldman name or the career springboard it might provide would outweigh the initial difference in compensation. But "eventually they’re going to pay these people more than $100,000, or at $100,000," he said.

Not every financial services executive sees the Goldman junior bankers' point of view, however.

“Young bankers who decide they’re working too hard — choose another living is my view,” Cantor Fitzgerald CEO Howard Lutnick told Bloomberg on Thursday. “There is a path to becoming an investment banker that requires an enormous amount of work. ... You should know that going in."

Citi, Santander and the Minneapolis Fed

Citi, for its part, said last week its flexible schedule would give it a competitive edge in recruiting and retaining talent over banks with a stricter office-centric work policy.

The bank’s head of human resources, Sara Wechter, said Wednesday in a LinkedIn post that the bank expects "nearly all" of its U.S.- and U.K.-based employees to return to the office "at least a portion of the time" by September.

Unvaccinated employees will be required to use an at-home rapid test three times a week and wear masks in the office, except at their desks or while eating, Wechter said in the post. Workers who provide proof of vaccination will not be required to test or wear masks. Mask wearing will be encouraged in elevators and where social distancing is more challenging, she said.

That policy varies from Morgan Stanley, which has said it would bar unvaccinated employees — and even clients — from its offices starting next week. JPMorgan Chase, meanwhile, is requiring workers — vaccinated or not — to return to the office this week on a consistent rotational schedule, while adhering to a 50% occupancy cap. Unvaccinated staff — and those who decline to say whether they’ve been vaccinated — must wear masks, observe social-distancing rules and complete a daily health questionnaire.

Citi in March said most of its employees would work a hybrid schedule that includes at least three days a week from the office and as many as two days remote after the pandemic subsides.

Santander is another bank applying the hybrid approach. The CEO of the Spanish bank’s U.S. arm told Bloomberg on Wednesday that about 45% of the institution’s 17,000 U.S.-based employees will be able to split their time between remote and in-office days.

"We’ve been taking a city-by-city and even a building-by-building approach," Santander’s top U.S. executive, Tim Wennes, told the wire service.

About half of the bank’s U.S. workers are site-dependent, and 5% will be fully remote, Wennes said.

A survey of 118 British banks, insurers and money managers published Thursday found more than 80% expect to take a hybrid approach to work with employees, according to Bloomberg.

At least one central bank satellite, however, is taking a harder-line approach.

"In order to fulfill our public-service mission, we need more face-to-face contact than remote work allows, but there is no way for us to bring a critical mass of our staff back into our facilities and maintain social distancing," Neel Kashkari, the president of the Federal Reserve Bank of Minneapolis, wrote Wednesday in a web post. "Hence, we need our employees to be vaccinated."

The policy, which is set to take effect in August, would exclude "those who cannot get vaccinated due to medical conditions or sincerely held religious beliefs," Kashkari wrote, adding, "if our vaccination rate were lower, say 50 percent, this would be a more difficult decision. But with so many of our employees voluntarily doing their part to keep us safe, asking our remaining colleagues to also do their part just makes sense." 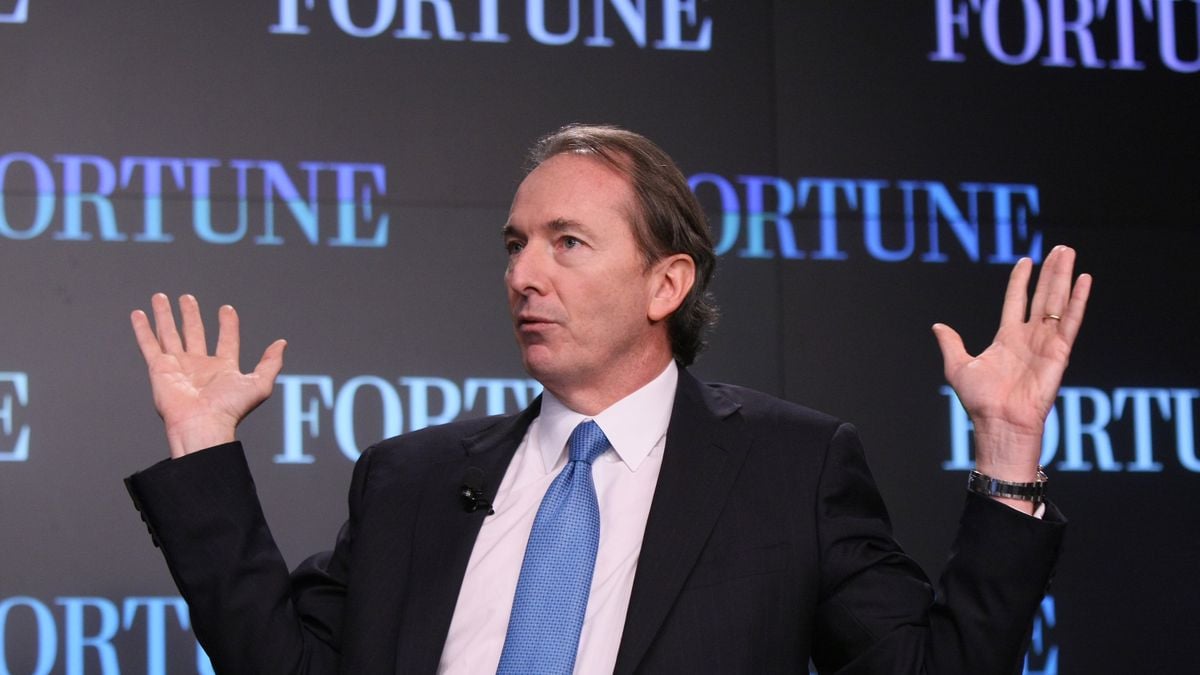 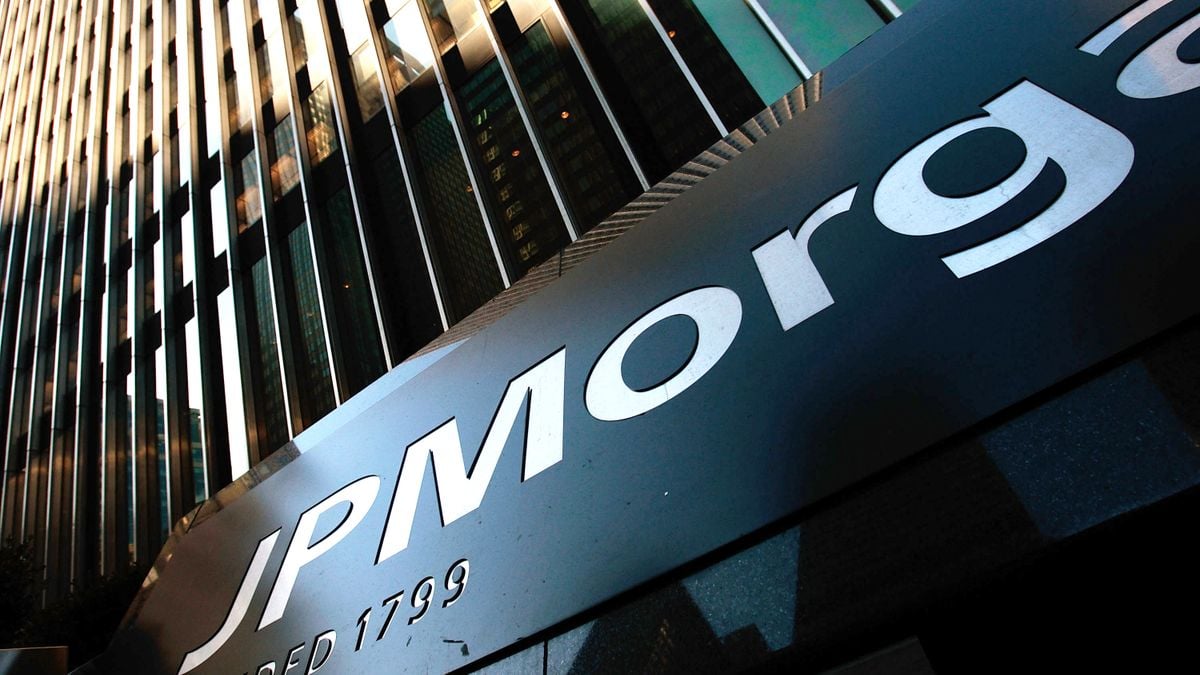